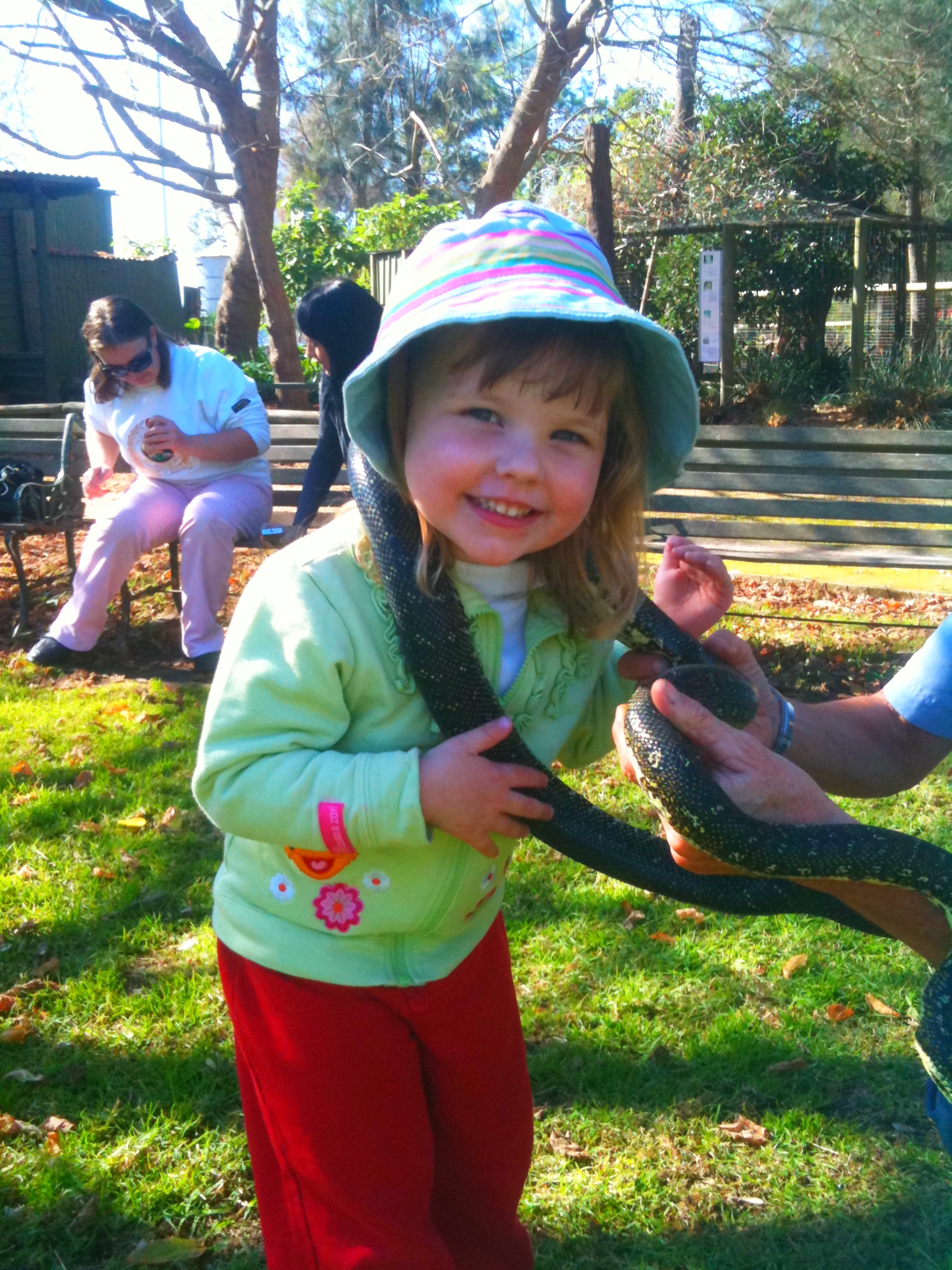 Wow. What a difference a good day makes.

We had a particularly good day on a Wednesday a couple of weeks ago – the best day we have had for so long. Isaac had next to no colic, we relaxed, Anastasia had fun with animals, we ate delicious seafood, everybody slept well, we got to watch a whole movie in one go. It made us feel fantastic. In fact, despite a number of significant crying episodes since it felt as though we turned a bit of a corner on that day. Wednesday, 18 May 2011. It’s a date for us to remember in perpetuity.

What made this day so great?

To begin, we were staying at Bateman’s Bay in a very nice little holiday apartment at a place called Parker By The Sea. I would heartily recommend this place – the apartments were gorgeous, modern and well kitted out. The kitchen was fantastic. The bedrooms were nice and large. The whole place just had a great feel to it. Our apartment had the master bedroom downstairs, where we slept with Isaac, and two bedrooms upstairs – one with a queen bed and one with twin singles. We let Anastasia choose which one she would sleep in and she chose the queen bed. She looked so small sleeping in the middle of this enormous bed but she loved it. She slept more soundly there even than she would normally at home.

Not the famous jazz club, or I might have gone as well. As it was, I stayed home and read books while the girls went to the animal park, which is part wildlife vet, part tourist attraction.

Anastasia had a ball – she patted wombats, looked at wallabies and even had a snake draped around her. In fact, she enjoyed the snake so much she went back to it and had it placed on her several times. 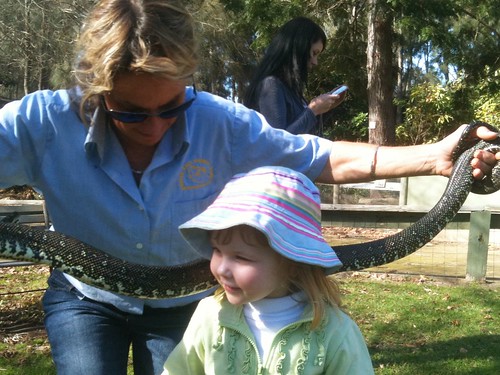 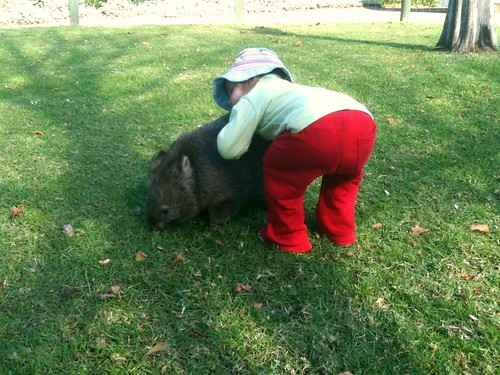 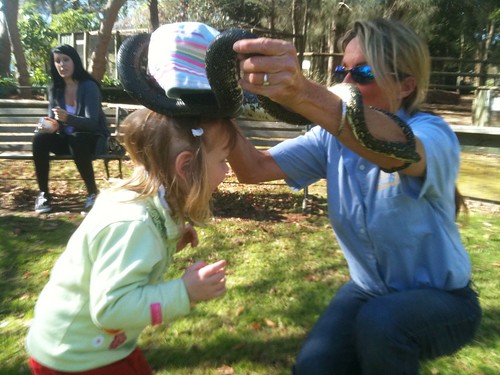 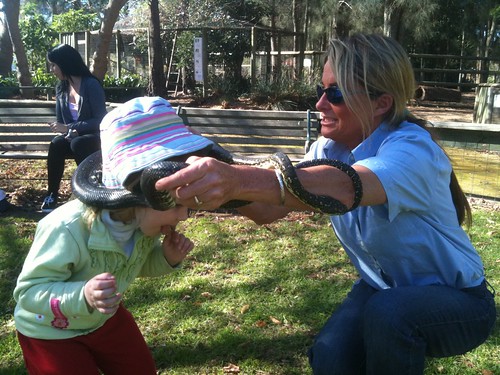 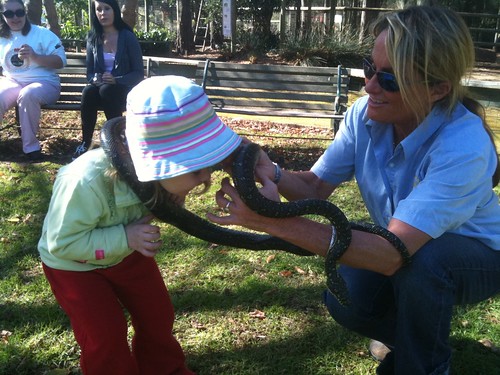 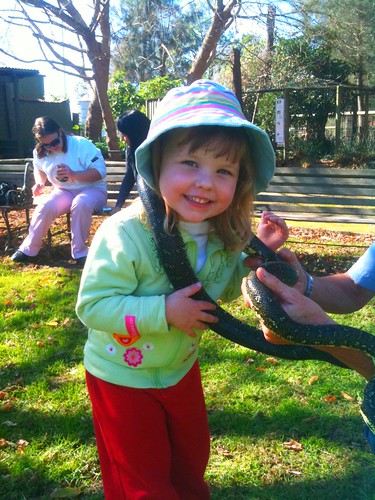 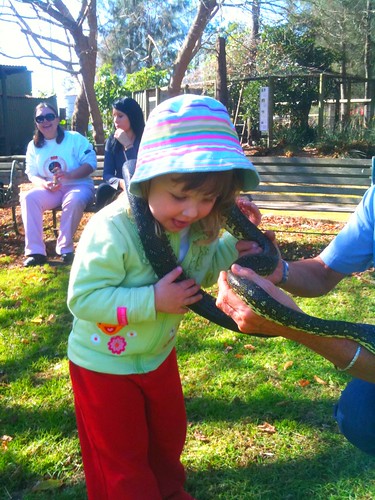 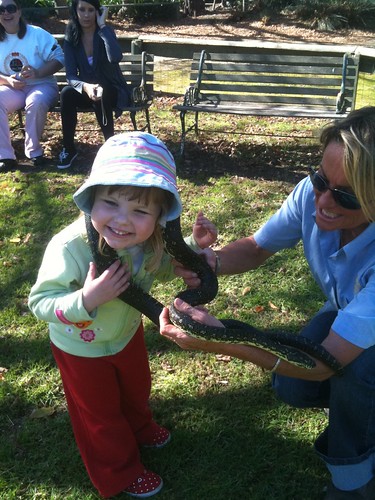 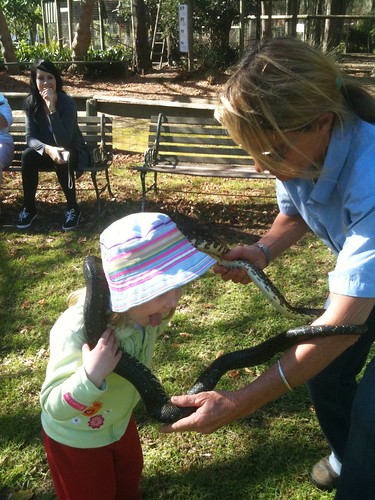 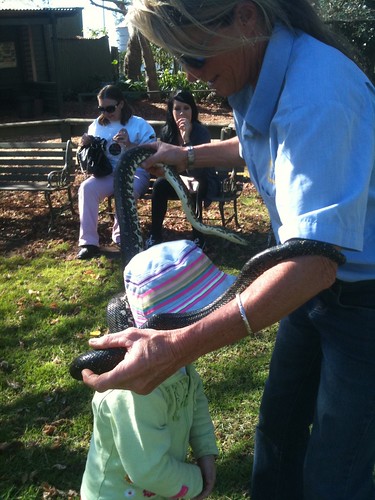 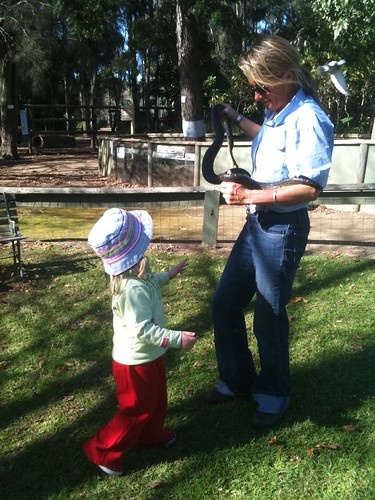 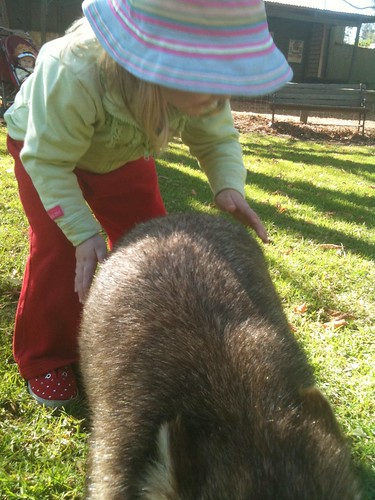 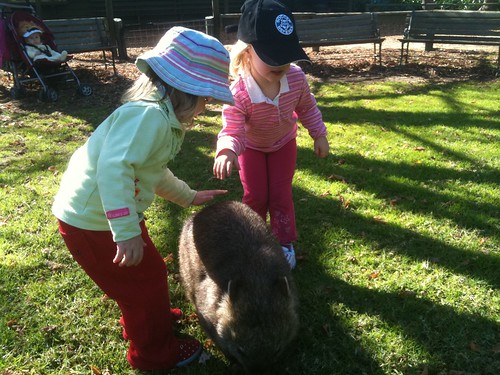 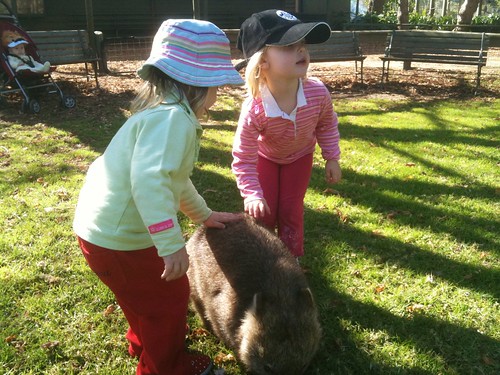 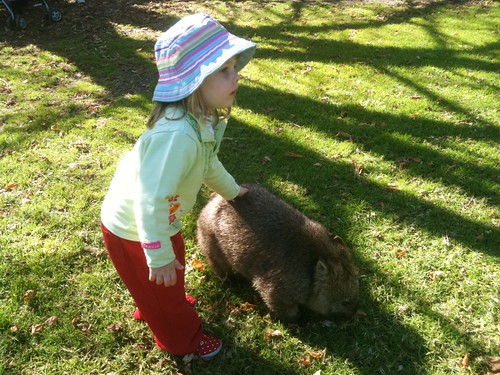 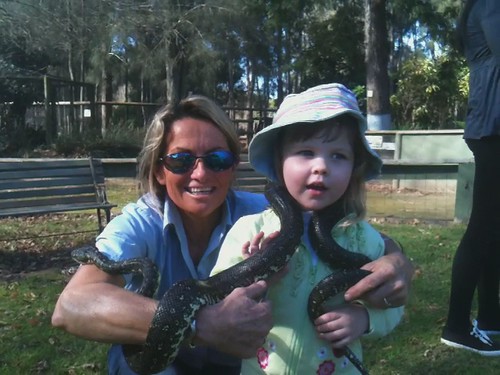 Thanks to a most excellent tip received from our friend Bianca the last time we were in Bateman’s Bay, we returned to the 3 Fish Cafe in the main street of Bateman’s Bay. An absolutely delicious mixed seafood grill consumed while sitting in a little park looking out over the water. A pretty much perfect lunch.

That pretty much explains itself.

Because Anastasia slept so well during the day and because Isaac had a good day, Tegan and I had lots of free time. We got to read books, watch Masterchef and even watch a movie (Mao’s Last Dancer – we liked it) after Anastasia went to bed. And then everyone, including us, slept well overnight. It was glorious.

It was just so good.

END_OF_DOCUMENT_TOKEN_TO_BE_REPLACED