I (Tegan) left Australia on 8 April on my long-anticipated journey to visit good friends Greg and Ruth Pratt in Hong Kong. The holiday so far has been delightful, apart from missing my lovely husband who remained behind in Australia. It has been wonderful to finally see Greg and Ruth and to admire the bump that indicates the newest member of the Pratt family, due in early June. 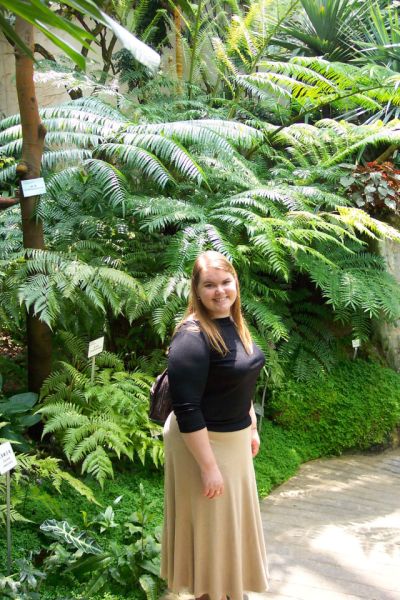 On Saturday we caught the ferry across Victoria Harbour and went up to Hong Kong Park. We had a lovely time wandering around. It was a beautiful day – Greg and Ruth say it is the first time they have cast shadows outside since last summer here (it is spring now). The park was lovely, full of wonderful plants, ponds, a large aviary and various garden rooms. We took many, many photos! Greg has kindly been sharing his digital with me and I have downloaded the photos onto the laptop for keeping. I have taken some film photos too, but the smog makes any distance photos not worth taking.

The aviary was fantastic and we spent quite some time wandering around watching the birds and taking LOTS of photos. I was quite amused by
the work going on in the aviary – workmen replacing all the concrete trees!
It looks like a grown-up version of paper mache, and makes you wonder which of the foliage is actually real and what is not.

There are lots of little terrapin turtles in the ponds in the park, and we spent quite some time watching and photographing their antics. Also present were dozens of tiny finches bathing on the pond, perched on the lacy waterweed. I can’t wait to get Tim’s new digital SLR! It’s going to be lots of fun… There were a large number of photographers in the park, with enourmous lenses for getting close-up shots of the ‘wildlife’.

One fascinating thing for us was the presence of tiny wild sulfer-crested cockatoos! They are less than half the size of the ones in Australia, and are aparently the result of lots of escapee pet birds. I’m not sure why they are so tiny, but it may be the local competition keeps them smaller. Greg is fascinated by the black kites that live around here. It seems quite incogruous to see these large birds of prey constantly circling between tke skyscrapers.

Greg and Ruth and I sat around on Easter Sunday morning with a large pile of chocolate that had already started to diminish by midday. The Haigh’s chocolate eggs I brought for Greg and Ruth travelled well and were quickly ‘tested’ for quality by Greg. Chocolate Easter eggs do not feature much around here, but Greg managed to obtain flarge amounts of other chocolate and some Kinder Surprise, which are conveniently egg-shaped. Picture three of us at the breakfast table, all putting little toys together…

In the afternoon we took the bus to the Kowloon Walled City – an incredible park opened in 1995, after a bizarre history. The park won a number of achritectural awards, and for good reason. It is an incredible sanctuary amongst the ageing highrise concrete apartment blocks. We spent a lovely hour and a half wandering through the park, looking at the buildings and enjoying the gorgeous gardens and ponds. We saw more terrapins and beautiful goldfish in the ponds.

In sharp contrast to the morning, we spent the afternoon at the Ladies Market in Mong Kok. This was a busy, noisy conglomeration of cheap merchandise of all kinds – many of the knock-off watches that I have come to expect, beaded bags, stall after stall of cheap Chinese style clothing, cheap diamonte-studded hair jewellery, cheap toys… I think you get the picture. Everything is very busy and noisy, with spruikers outside each stall trying to catch your attention. And if you can’t get into one stall, never mind – one further down the row will have
identical produce.

I tentatively tried out my bargaining skills, first on a pair of sunglasses. I bargained down from $130 HK to $80, but Greg assures me that I still got ‘done’ – I probably could have got them for $70. Still, after the exchange rate it is only a difference of $2 AUS, so I wasn’t too disappointed.

There seems to be no restriction on false advertising here! I had a vendor earnestly telling me that the delicate pashmina he was trying to sell me was hand-made silk. I asked to touch a sample, as everything is in plastic bags, and discovered that it was actually machined nylon – not the same thing at all! I think you could get very cynical after being here for some time.

I bought quite a number of things – mostly pressies for other people and cheap DVDs. I came home having spent about $800 HK (including lunch), which was a scary tally until I totalled up how much I had managed to come home with and what I’d spent in Australian dollars – about $150.

That’s about it for now – more to come soon!