In case you didn’t already know…

…we’re having our second baby soon after 8am tomorrow morning. 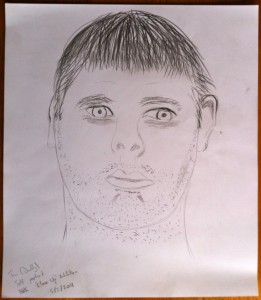 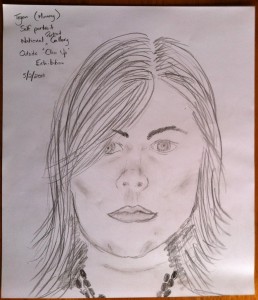 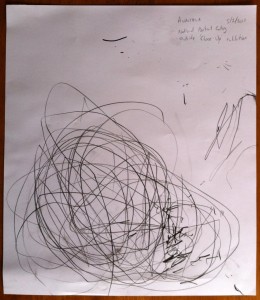 I went to this exhibition at the Museum of Contemporary Art in Sydney today. In a word: fantastic. If you have any interest in portrait photography, you should definitely check it out.

The exhibition is based on photos taken by Leibovitz in the period 1990-2005 (although I think I saw a couple from 1988). The exhibition is a mixture of her famous work – portraits of celebrities mostly, the kind of thing you’re used to seeing on Vanity Fair covers – and also lots of photos of her family and home life – primarily her parents and her partner, Susan Sontag. 2005 was picked as the end year for the retrospective as it was the year that both Leibovitz’s father and partner died. There are also a bunch of other photos of a kind that we’re not used to seeing from Leibovitz, including images from Rwanda and Sarajevo shot during the wars in those places. There are also a number of landscape images. Despite these being the largest images in the exhibition, they’re obviously not her forte.

What was probably most interesting about the exhibition was that with the exception of one or two walls, the photos of her family were completely interspersed around the exhibition with her photos of celebrities. There’s a quote from Leibovitz about half way through the exhibition to the effect that she doesn’t have her celebrity portraiture life and her home life – it’s just one life. This was the dominant theme in the layout of the exhibition and it worked.

The celebrity photos were wonderful and it was great seeing large prints of these. Many of them were printed showing the framing borders of the film and it was amazing to see how well she uses the whole frame. The good parts of her photos are not cropped from a larger negative – the whole thing is masterfully composed. In fact, that was the dominant thing that struck me about her style: she has an exceptional eye for composition – absolutely masterful and you see it time and time again through the exhibition.

The most moving photos were those from the war zones – none of them show the conflict directly, just the after effects on people or the blood trails or smears where it is obvious that something awful has happened to everyday people. The ones of her family were also moving – most of them were not much more than snapshots and I don’t remember any of them being printed much larger than about 4×6, but they still had power. In particular, the ones showing Susan Sontag in hospital while suffering from cancer were quite moving. There was a set of these, I think it was, in the same room as this photo of Leonardo DiCaprio with a swan around his neck, which is a great photo and it was a great print. After seeing the moving family ‘snapshots’ I turned around and looked at the DiCaprio photo and thought ‘how kitsch’ – it was just so unreal and false.

I don’t think it was the point of the exhibition but I came out quite struck and in some ways turned off by the unreality of the Hollywood/celebrity images, despite the fact that I thought most of them were fantastic and the kind of thing that I would otherwise aspire to be able to produce. Seeing the endearing and also wonderful, though not overly posed or manufactured, photos of Leibovitz’s family and the passing of loved ones struck me that they were the main game; the real thing; the kind of things that are actually worth documenting. In the end, though, I think that’s more a comment on our society than on Leibovitz.